How To Break Up With Your LMS 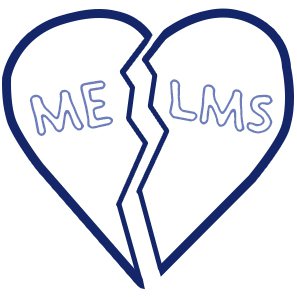 Dear LMS, We’ve had some good times, but let’s be honest. It’s over. I’ve tried to make things work, but my needs have changed. I’ve changed. You’ve stayed the same. And that’s fine for you, but you don’t want me stuck in the same place, do you? Isn’t that why we first got together? To help me learn and grow? Don’t get me wrong. You did that for a while, but we’re in different places now. Listen, it’s not you. It’s me. Or maybe it is you. Either way, my dear LMS, I’ve been using something else. It’s called Spoke, and I think it’s the one. You need to know the whole truth, even if it hurts. So here it goes. I can’t take you anywhere. Never could. It’s always, “I just want to stay on the desktop” with you. But with Spoke, I’m totally free. Spoke actually appreciates my spontaneity. I can log in anywhere. Desktop? Of course. Tablet? No problem. Phone? Yes! A gazillion yesses! Here’s another tough one: you have no social skills. It’s not your fault. It’s just not in your code. A relationship is a two-way street, and Spoke lets me share what I’m thinking and feeling. Not only that, but on its community board I can find out what others think too, share best practices, and even vote on the best content. You don’t listen to anything. With you, no one has a say, but with Spoke, I am heard. I finally have a voice. There were so many times I needed your encouragement and didn’t get it. Spoke wants me to grow into the best learner I can be and have fun while I do it. As I use Spoke, I earn coins and unlock badges. I know exactly when it’s time to take things to the next level. Spoke makes learning fun. You don’t. I’m just not that into you anymore. Just being honest. Also, you cost me a fortune. Spoke doesn’t spend all my money, unlike you and your per-seat fees. Every time you get word of a new user, you’re all, “Gimme more money. Gimme more money.” But Spoke is affordable. There are no per-user fees. It’s great to have a partner that understands I’m not made of money. If you’ve made it this far, thank you. I know this must’ve been hard to read. Learning hurts sometimes. You taught me that. But fortunately for me, Spoke is doing something to turn that around. You’ll always be my first LMS. That has to mean something, right? I can’t say I won’t forget you, because I probably will, but try not to be mad. I’m finally having fun learning again. You would be proud of me. Really. And if you spent some time with Spoke, you’d love it too. You might even learn something new. Signed,

At Unboxed, we know breaking up is hard, but sometimes it’s the best thing to do. Need a sympathetic ear? Want more dirt on Spoke? Contact our Spokes-people to learn more. Your current LMS doesn’t need to know.