If You Don’t Use the Oxford Comma, Your Words Have No Meaning 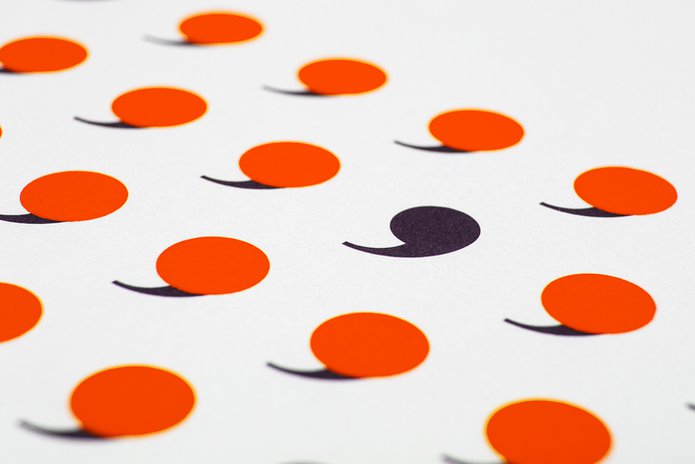 We at Unboxed personally believe – nay, we KNOW – that the Oxford comma is imperative to good writing. However, many of our clients have style guides that don’t use it. Since we love all our clients, we always follow their style guides before our own.

The debate over whether the Oxford comma, also known as the serial comma, should be included in lists of three (“I ran, showered, and went to the restaurant”) has been raging for decades and shows no signs of slowing down. This blog post makes the case that it should ALWAYS be used. In short, writers, you need to be using the Oxford comma!

Why is the Oxford comma so important?

People often ask grammar geeks why they enjoy grammar. The most common response? Because there is always a right answer. Unlike the majority of our day-to-day lives, where nuance thrives and nothing is black and white, grammar is a welcome respite from this ambivalence. Its strict nature is precisely what allows us to communicate and connect with one another. Without that structure, everyone would always be confused.

With this in mind, rules like the Oxford comma need to be enforced so readers will never be left to wonder about the exact meaning of a sentence. If I write that “I’m going to the beach with Jenny, Rob and Emily,” you probably know what I mean. But if I say, as in the famous (and slightly obnoxious) example, “We invited two strippers, JFK and Stalin,” you cannot LOGICALLY know whether I’m referring to four people or two people.

If you have a logical brain, my introduction was probably all you need to read. You can leave this page now. If you’re still on the fence, you may be thinking of one of the following common anti-Oxford arguments:

It’s true, AP Style does not use the Oxford Comma. Why not, you ask? Well…

…It’s a space issue. The amount of space that one measly comma took up on a physical newspaper actually used to matter. Did it matter more than making sure the words themselves had meaning? Not in my opinion. But regardless, guess what doesn’t exist anymore? Newsprint. Words are now read in books (which don’t have space restrictions) or on electronic devices, which really don’t have space restrictions. Case closed.

Quick tangent: Newspapers also hated the antiquated “two spaces after a period” rule, again because it saved them space. Unwittingly, they made paragraphs look sleeker and more modern by using only one space. While their reasoning for these two stances was the same, the results were different, because one negatively affected the meaning of sentences, while the other was a positive stylistic upgrade.

Someone told me, “Oh, come on. People are smart enough to understand what you mean based on contextual clues.” This is untrue. Context may make a sentence clear most of the time, but:

“It looks too complicated”

I mean, no it doesn’t. It looks almost exactly the same, with one key difference: we know what it means. What could be more beautiful than clarity?

A quick thought experiment: Find me one sentence that is objectively better without an Oxford comma. What does “better” mean? Before anything else, a sentence must be understood by its reader. If it doesn’t achieve that, all the prose chops in the world won’t matter. With that in mind, please find me a sentence missing an Oxford comma that makes more sense than its correct counterpart.

About the Author:
Jared Booth is a Content Strategy Manager who partners with clients to strategize and build cutting-edge learning programs. He’d love to chat with you, especially if you disagree with his point of view in this blog post.